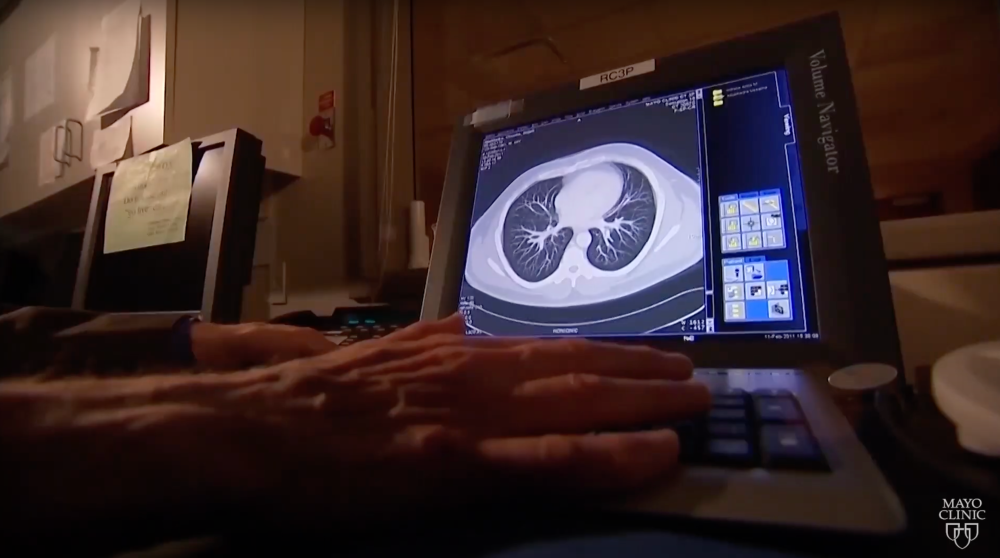 This content is courtesy of Mayo Clinic, the No. 1 hospital in the nation according to U.S. News & World Report. Minnesota Oncology is a member of the Mayo Clinic Care Network. This relationship provides us with access to information, knowledge and expertise from Mayo Clinic.

November is Lung Cancer Awareness Month. Lung cancer is the leading cause of cancer deaths worldwide. Each year, more people die from lung cancer than colon, breast and prostate cancers combined, according to the American Cancer Society.

Lung cancer is the second most common cancer in the U.S., and the deadliest. But there is promising news. Less cases of lung cancer and death occur every year, partly because more people are quitting smoking.

"The holy grail, so to speak, is to find it at the earliest stage possible, where it can be surgically removed or treated with radiation or ablation for cure," says Dr. Swanson.

But that's often not the case because there usually aren't any early symptoms.

"Some sort of smoking intervention to help the patient stop smoking is an essential part of any program because rather than diagnosing an early lung cancer, it's more important to stop the exposure," says Dr. Swanson.